Genealogy and the Future

Home/blog, research/Genealogy and the Future
Previous Next

Genealogy and the Future

Christmas and the New Year celebrations are almost a distant memory. January is coming to a close, and some New Year resolutions have already been broken.  The New Year is traditional a time to look towards a future which has yet to be written.

Some people say that Genealogy is all about our history and will never change, but this is not an accurate interpretation.

Most events in history were written from the view point of the writer, and in the case of wars by the victors – and sometimes many years after the actual event took place. Historical accounts, therefore, can be biased at best. Even in the modern day, witnesses to the same event can give very different versions of what happened. With new documents being found or newly released, our understanding of past events can change, sometimes substantially.

One of my past clients was trying to locate the marriage of their 2 times great grandparents with no success. She knew that John and Mary (names have been changed) had several children over a 15 year period, but it was not until the GRO index to births which listed the maiden name of the mother, became available, that I learnt that the children had two different mothers.  After further investigation I found that John had married twice and both wives had been named Mary.  The client’s line came from the 2nd marriage, which is why she could not find the marriage in the time frame she originally searched.  I also found that one of the children was in fact not the daughter of John, but from the previous marriage of his 2nd wife. He had simply given the infant his own surname after the marriage.  This information changed the whole family dynamic and history.

One of the frequent comments I hear on Genealogy programmes is that the couple in the photograph looked happy.  Why would they not look happy? Apart from the early days of photography when subjects had to stay still for quite a while, photographers have pleased with sitters to smile at the camera. In addition photographs were usually taken on happy occasions such as weddings and Christenings etc.  A smiling couple does not mean they were really happy, just that they appeared to be happy at that moment.  The truth of the relationship could be quite unhappy.  Another of my clients learnt the sad truth about his so called ‘happy’ family when a search of the newspapers found several articles detailing how the wife had been assaulted and deserted several times by her husband throughout her childbearing years.  As divorce was never an option for this family, she was forced to stay with him and continue to bear is children.  A wedding photograph of their youngest daughter shows a smiling family, yet shortly afterwards the wife left her husband and lived with her sister’s family for the rest of her life. 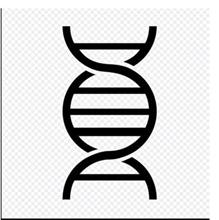 The advances in DNA technology are also changing our understanding of our families.  Despite the paper records, the supposed relationship of father and child are being torn apart. In some cases we may have suspected this was the case, however, in other cases the DNA results may come as a huge shock and send the family history research in a very unexpected direction.

Personally I feel that using DNA to show geographical origins still has a long way to go before I foresee any true benefit to genealogical research in the future.  It can be invaluable though in proving, or disproving, family relationships.

This year (2018) sees the start of the preparations to publish the 1921 census in four years’ time.  Technology has come a long way since the 1901 and 1911 census returns were digitalised, so hopefully many of the issues that affected their online publication (crashing servers and horrendous transcription errors) can be significantly reduced.  Much will depend on who is awarded the contract and the level of expertise they will hire, so we can only hope for the best.

Most of the genealogy websites will add new types of records in the future.

Early in the 21st Century there was talk of software being developed that would help us to read old handwriting.  Although computer software can now read our own handwriting on tablets etc., the ability to scan an old document and convert it into typed text is still in its developmental stages. One company that had stated it was making advances in this area was later taken over by one of the genealogy giants and the research was discontinued. Perhaps the advances had been over stated.  Hopefully this research will be continued in the future.

Genealogy companies are now partnering with more archives and family history societies to add a variety of records to their databases.  Digitalisation of records is opening up huge advantages for family history research, allowing more research to be done at home.  The downside is a drop in the number of people visiting archives offices. As a result some archive offices are being hit with funding cuts, leading to partial or full closures.  Archives are still a very important resource for all historians and researchers, so a way to keep them relevant to the general public must be found – once lost they may never reopen.

Sadly many online researchers may not be aware that not all records are online, in fact it is estimated that less than 1% off all archived record have been digitalised.  In some instances it has been known for the amateur researcher to accept the only or first online record they find as a true match, when further offline research by a professional or more experienced researcher has proved this to be incorrect.   One of my clients had asked me to continue to researcher his family line as he was stuck.  After checking his research (which I do as a matter of course), I found that the last three generations did not belong to his family, due to an incorrect assumption that one person had been born 20 miles away from where they later lived. A simple check in the archive office found that that person actually stayed in the village he was born in until he died, therefore could not be my client’s ancestor.  The correct baptism was found – again in offline records.

Digitalisation of records also poses issues relating to the license/copyright of those images, and a world where we no longer have free access to records.  Some voluntary groups such as FamilySearch, Free UK Genealogy, and the Online Parish Clerks are fighting back by making transcriptions of records freely available, but sadly these are currently in the minority.

Years ago genealogy was an expensive hobby needing the purchase of certificates and often countrywide travel to various archives offices.  Although digital records have made access easier, subscription websites are, once again, making it an expensive hobby.

In comparison to other commercial businesses, the General Records Office (GRO) are in the process of making genealogical research a little cheaper by providing PDF copies of birth and death records (currently marriages are not covered) available to researcher for £6, more than £3 less than the current certificates.  The pilot processed 79,600 PDF applications in the three months and has now been extended until at least July 2018.

So what does the future hold for Genealogy?

DNA and digitalisation will obviously play a huge role, but I also wonder if this will have an impact on Genealogy as a profession.

The issues of ‘brickwalls’ is becoming an increasing problem due to the lack of research skills being honed with online research. In addition, television programmes suggesting an inaccurate ease of researching several generations very quickly, and the increasing online subscriptions, may result in the need of more professional researchers.   The profession of genealogy will then need to be on a par with other professions in the way of training and regulation.  The profession itself will also grow to cover a variety of disciplines including: DNA, probate, adoptions, and geographic/period specialisms, amongst others.

Professionalism, however, comes with responsibilities to the client, the records and to other researchers.  As with any true profession, education and experience are equally important.  Currently some ‘professional genealogists may only have a couple of years’ experience researching their own family tree, but believe, wrongly, that it is an easy and lucrative occupation.

Genealogy education is still a relatively new area, which is now steadily growing, whilst many professional researchers have decades of experience, but no academic qualifications in the subject.  Professional Associations for Genealogists are now encouraging or requiring their members to keep their skills and knowledge up to date and relevant with regular training. The Register of Qualified Genealogists (RQG), however, is the only Professional Association that requires a minimum of University Level of Genealogical education.  The Post Graduate Diploma and Masters or equivalent is at Level 7 (England and Wales) – as compared to A levels which are at Level 3.

The future of genealogy appears to be a mixture of more online records, less archives and higher subscription costs.  Will our love affair with our family history slow down or increase but become less reliable?  Only the future can answer.

Do you need professional help with your research?  Are you looking for an online course to help you? Contact me via my website for more details.