Funerals and Our Ancestors

Home/blog, General/Funerals and Our Ancestors
Previous Next

Funerals and Our Ancestors

It was not until my father’s death last year that I realised the true cost of even small simple funerals.  The cost ran into several thousands of pounds and just about everyone wanted their piece of it. It was not just the funeral directors, minister, flowers, memorial stone and the crematorium for the service, but even the plot where his ashes were scattered is only rented by 10 year increments and we had to pay for permission to have a small memorial stone (no more than 8 x 6 inches) erected!  On top of the 2 – 3 week wait for the funeral itself, there was a further wait of a couple weeks before the ashes could be scattered.    All of this at a very stressful and upsetting time.  It did, however, make me wonder how our ancestors managed at the time of their grief.

Public cemeteries were not common until the mid – late 19th Century. Before then only the churchyards of the parish church (and very occasionally the non-conformist chapel) were available.  Regardless of your religion almost everyone was buried at the parish church. Post Christianity cremations did not start until 1885 with the first official cremation taking place in Woking, Surrey. Cremations were finally allowed by law in 1902 and the first crematoriums where found in Golders Green, Glasgow, Liverpool, Manchester and Kingston upon Hull.  Burials were still popular though until the 1960’s. In 1900 less than 1% of bodies were cremated, compared to over 70% today.

One way to determine how wealthy your ancestor was can be gauged by the gravestone – or lack of one. Only the wealthy could afford large good quality memorial stones (MI’s). A sandstone gravestone, which would quickly deteriorate was for the less wealthy (but still had some money), whereas the really poor could not afford one at all.  In Canterbury in 1882 the burial board discussed a range of prices for gravestones for the “poorer” classes.[6] They suggested that the cost of gravestones ranged from 1s.4d for a common grave marker, 2s 6d for a small stone cross with inscription, a larger one at 10s, and a 4 foot high stone for 15s with a Monumental Cross costing £1 10s.*  In 1880 an agricultural labourer could expect to earn 13s 7d a week.[7]

One thing that became apparent during my years of researching family histories is that funerals generally happened within a week, and often only a couple of days, after the death. It was only in very harsh winters when the ground was too hard to dig, when a burial would be delayed. Before 1936 it was estimated that 90% of bodies were kept in the house before the funeral, now the figure is between 5 – 10%. That number surprised me.

In the past funerals were important occasions and no expense was spared. Even the very poor spent as much as they could afford. However it was also a community affair so neighbours would help out if they could.  With high child mortality however, the working classes could struggle financially when their children died. In one of my research cases the head of the family lost his wife and 4 children in the space of 1 year.

During the 19th and early 20th centuries ‘Friendly Societies’ were available to help their members with financial burdens caused by sickness and death.  In 1900 The Ancient Order of Foresters in Colchester paid the funeral expenses of 90 members, 48 member’s wives and 6 widows.[1]  In 1905 the Hornsea Lodge of Druids, which had 391 members, paid out £57 12s to cover the cost of their members, or their families, funerals.[2]  For those who were not members of a Friendly Society and could not afford a funeral, a pauper’s funeral was paid for by the parish.  In 1902 a newspaper report stated that each pauper’s funeral in Kingston upon Hull cost 28 shillings.[3] In Rotherham (1903) it cost £1 17s.[4]

As today there were added extras for many funerals. In the early 1800’s it was the custom to have a meal after the funeral. Even for those who had little money this was an important aspect of the occasion. Widows may have been expected to wear black or dark clothing for up to 2 years.

Today we have the added cost of buying death certificates and this rose dramatically last year. Each certificate now costs £11 each.[8] As banks, Insurance companies and probate require the original certificate to deal with the estate it can prove to be an expensive purchase. Although banks will often take a photocopy when you visit and return the original to you, with the closure of many high street branches and more emphasis with online banking, more originally copies will need to be purchased.

Death is a constant – and so it appears is the expense of dying. 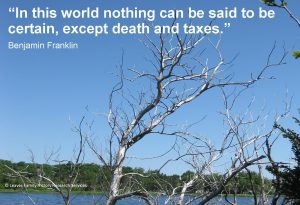 Let me research how your ancestors died or where they were buried.   Click here for more details.