Today DNA testing seems to be the ‘must have’ service for family history research. Do it yourself kits are now popular birthday and Christmas gifts. But is this a good enough reason to do it?

The DNA companies advertise two main reasons why you should take one of their tests.  One is to discover where your ancestors originated.  These ethnicity tests claim to tell you where your ancestors came from up to 500 years ago. In fact one company now claims to go back to the Neolithic era by using DNA taken from bones found on archaeological digs throughout Europe.  Is this really helpful though if you are researching your family tree, or is it just purely for interest?

Regardless of what the companies tell you ethnicity tests do not give an exact location or even identifies which generation came from a specific region.  The best they can do is to estimate which continent your ancestors came from. Narrowing it down any further is less accurate.  Different DNA companies may also give you different interpretations of your results, which can change in the future as more testing is done.  A very good article by the DNA Explained website explains this more than I can here.

Without traditional genealogical research, how will this help you locate your ancestors?  If you are European and your results reflect this what have you learnt before you paid for the testing?  My husband did an ethnicity test a few years ago simply to see what the results would say.  His maternal great grandfather came from Bohemia (now Czech Republic), and although traditional research places his family for many generations in that area, the DNA test did not narrow the results down to this region.

The second reason for taking a DNA test is to search for lost, missing or unknown relatives.  This area is fraught with dangers which DNA companies are not forthcoming about.

AncestryDNA claims to have the world’s largest DNA network with 10 million people in their database.  This in itself appears to be a large number but in relative terms it is very small. In 2011 the population of London, England was about 9 million, and the current estimated population of America is about 327 million.

Media reports are full of stories of people finding long lost families (including the television program of the same name) but identifying and contacting people are very different issues.  Imagine these hypothetic scenarios.  One of your children or grandchildren have done a DNA test and found a very close match with another tester. This tester turns out to be the child/grandchild of your illegitimate child who was adopted at birth. In some cases (as shown on TV) this may facilitate a happy reunion – but what if as a young girl you had been violently raped and became pregnant as a result?  Would you want to face the past? What if your child was the product of an affair and your family were completely in the dark about it?  How would you feel if this is brought out into the open 20, 30, 40 or more years later – and discovered by your child or grandchild? How could that affect your family relationships and trust?

Perhaps you find out that you were adopted but were completely unaware of it until the test was done. Another scenario is that the DNA test proves that you and your siblings do not have the same parents.  What would happen if your father was a sperm donor who wanted to remain anonymous but you found a match with one of his other children? Perhaps your mother was a surrogate who was paid to become pregnant and also did not want to be traced.

All of these situations will not only be a huge shock for the tester, but could tear more than one family apart.  DNA testing companies do not currently warn clients about these dangers – or if they do it is hidden in the small print.  I am sure some legal companies are just waiting for the first lawsuit against a DNA company for such revelations.

As a genealogy researcher I have a clause in my Terms & Conditions about finding potentially sensitive information about long dead ancestors from my research.  This can include prostitution, criminality, failed marriages, bigamy, affairs etc. For those who know they are adopted and are searching for birth parents, agencies must be registered and give counselling/advice to searchers before the research commences.  DNA testing has none of these warnings or support for if/when potentially catastrophic information is found.

All DNA But No Tree 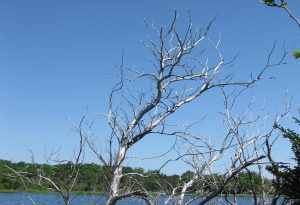 Another more common issue however, is that increasingly DNA testers do not have any family tree information other than very basic detail of their parents and possibly grandparents.    Part of the reason for this may be that they were given the DNA test kit as a gift, and they have no other interest or ability to research their family history.  Testing may lead to distant cousins being identified but with no confirmed tree it will be very difficult to prove the exact relationship, even assuming neither family had a hidden affair or adoption.

Despite this I am not wholly against DNA testing BUT it must be done with full understanding of the potential dangers and related issues. DNA companies want to sell more kits to make more money.  For them it is a commercial product – they are not overly concerned about what the results may or may not reveal, or any possible consequences to you and your family.  If you want to do a DNA test question your own motives first.  Why are you doing it? What do you hope to learn and what are the real chances of success?  Ask yourself the very serious question of how you would react if the results are potentially harmful to you and your family?

Once it is opened it can never be closed again.